We’re a curious bunch, fizzing with ideas and with the pubs being shut, we needed an outlet for the spirited madness.

In the past we’ve made some great limited editions (Barry’s Tea Gin, Tanora Gin, Hedgerow Gin to name but a few) but far too many superb liquids have never found a home. As it happens, we had planned to bring another special to market this summer, but then… well you know what happened next.

As fortune would have it, late last year we went to court and got a licence to sell to the public, this was for our new visitor facility which will open eventually… Opportunity met need and our Blackwater Tasters Club is their love child.

The idea is simple. Every two months we release two new spirits we just love so much, we need to share them with you. These 200ml bottles are one off limited editions and are posted directly from us to you. This means we can be far more innovative than the mass market will allow; we can also take your suggestions and so track the seasons with offerings that match your mood. What’s more, the entire package is 100% recyclable and comes with cocktail recipes that require no additional alcohol.

Box One is LIMITED TO 100 units. Republic of Ireland only. 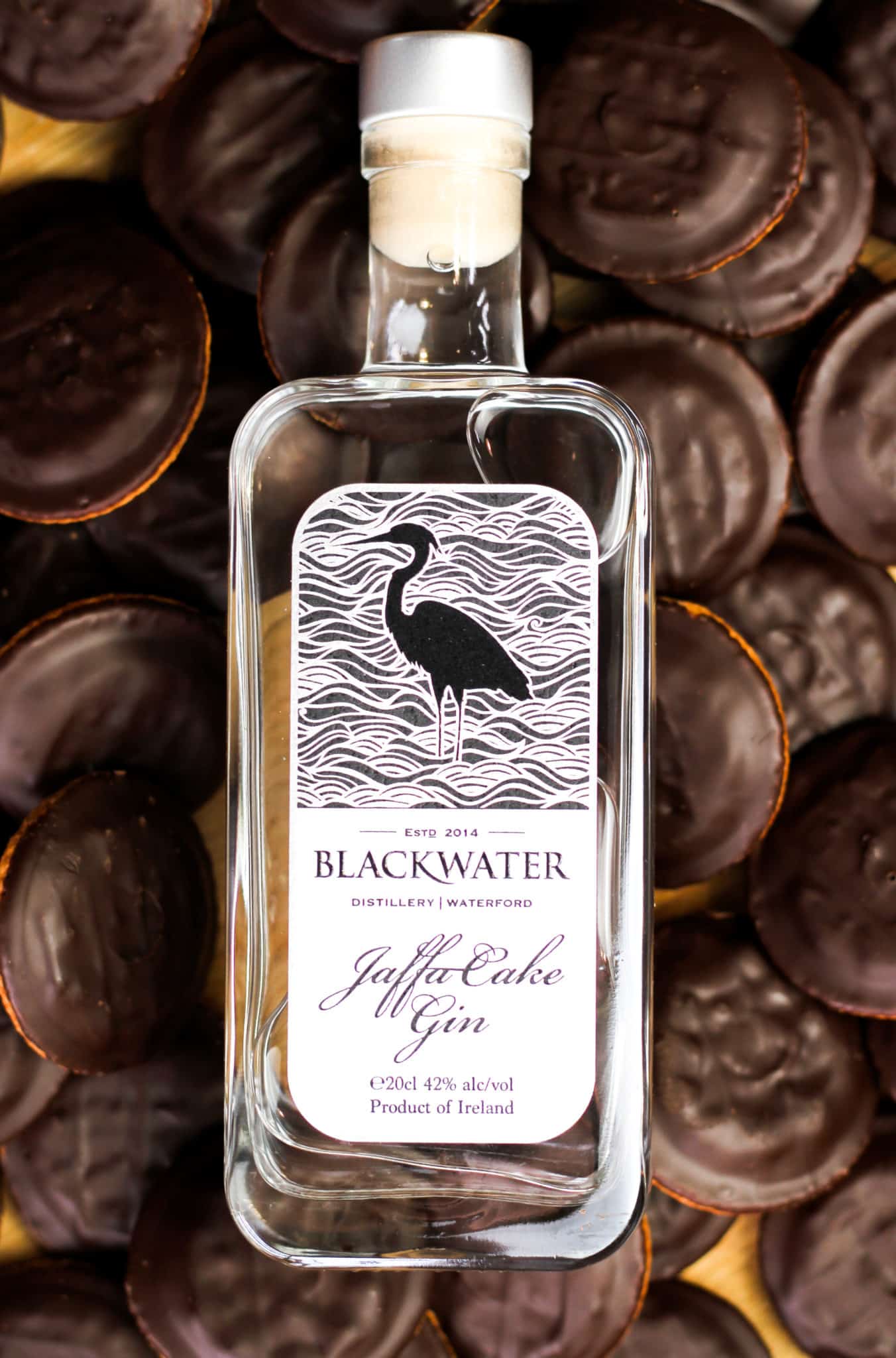 (London Dry Gin 42% alc/vol; nothing but water added after distillation. Made with alcohol derived from a molasses base).

Kieran Curtin is our gin maestro and this is his creation. We wanted to capture that illusive chocolate-orangey bite in an adult shaped drink and it took quite a bit of work. For a start when you bite into a Jaffa Cake what do you experience? Well I get orange oil, milk solids, cocoa fat and sugar. And that’s where the problem begins. Orange oils do distill, but use too much orange and the gin will louche (go cloudy). Milk solids, cocoa fat and sugar are all too dense to distill. In other words the molecules are too heavy to come across. So you won’t taste them in the final spirit. There are other Jaffa Cake Gins out there that get around that problem by adding additional ingredients after distillation, but eggs and milk for example are allergens and frankly adding cocoa powder is cheating. So how did Kieran get around those problems brings us to an interesting part of the Tasters Club: the conversation. On Friday 28th August we are live on Facebook for an interactive launch. We will make cocktails in real time, and the creative minds behind our spirits will reveal all.

(Liqueur 30% alc/vol; made with alcohol derived from a molasses base; added ingredients: sugar, lemon peel)

Last year I spent some time in the beautiful Italian city of Siena with our Head Distiller John Wilcox. We had gone there to visit Frilli, the company who manufactured our three main stills. As you can imagine John spent a lot of time lounging in the shade looking cool and sipping Italian aperitifs, bitters and Limencello while keeping his beard dry.

When we got back to Ireland I bought some commercial Limencello and it was shite. If I wanted sugary mess of citrus acid I would have bought some boiled sweets. John and I agreed it was nothing less than a crime against humanity. So we set to work. Back in May we imported organic lemons straight from the farmer and using a centuries old recipe John dug up, the long process of step-maceration and sweetening began.

You can try it for a just a month or for 6 months, or even a year; in return, we promise you a wonderful surprise every two months including gins, botanical vodkas, liqueurs and God knows what else – mad, massive stuff you that simply won’t be able to buy anywhere else – are you tempted? If you like the sound of our club, then do join us, just click here. #DrinkResponsibly