This week a car load of unannounced German tourists turned up looking for a tour. Here two things need explaining, firstly we are not open to the public and secondly we are in quite possibly the ugliest industrial unit in Ireland. As they staggered, blinking towards the door, I could see this was not quite the ‘Irish Distillery Experience’ they were expecting. For the sake of strained Irish-German relations I showed them around (which didn’t take long) and they asked a great question:

God how I hate that question. It’s like that moment you know the movie/book/TV series is shockingly bad when you can’t sum it up in a single sentence.

Irish poteen? It it a bird, is it a plane? Is it a flavoured vodka, is it a whiskey? I took a deep breath: ‘History rhubarb rhubarb, taxation rhubarb rhubarb, illegal rhubarb rhubarb…’ all the time, out of the corner of my eye I could see the certificate the International Wine & Spirit Competition awarding our poteen a silver. ‘Rhubarb, rhubarb…’ It only made things worse. 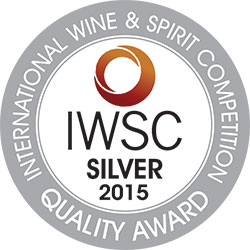 Winning is always nice. Silver at the IWSC for our pilot poteen is quite an achievement, made all the more bizarre by the fact that it was the only award in the category. In other words it was a bit like running the Grand National on your own and coming second. So was it a one horse race? I have no idea. The IWSC don’t have to award, so there might have been 99 other poteens, we’ll never know. But one thing I do know is that the native industry is in shock and perhaps that why the category under performed this year.

You see back in February the Irish Poteen Technical File was submitted to Europe. This file was to support the GI awarded in 2008. So seven years on, at last there was going to be a definition, a rule book that producers could adhere to.

A GI is an important thing. It affords protection to traditional products, ‘produced by rural communities over generations, that have gained a reputation on the markets for their specific qualities.’ Irish poteen would seem to tick all the boxes. So you would expect the Technical File to represent best practice. But at the time of submission, do you know how many producers were making poteen in the ‘best practice’ manner approved by the Technical File? As far as I can tell no one. Zero. Not a soul.

It would be like the Italian Parmesan producers waking up one morning to find that hence forth Parmeasan wouldn’t be hard and smelly; but instead soft and squishy, packed in tiny tin foil triangles with a picture of a cow on the front. 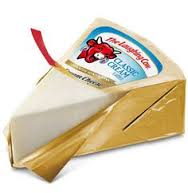 That why explaining poteen to a group of Germans was so difficult. Let me elaborate:

1. Why Poteen isn’t flavoured vodka except when it is.

‘Poteen must to distilled at a strength not exceeding 94.7%’ Right there and overnight, just about every commercial poteen was made illegal. Because dirty secret: most commercial poteen is actually flavoured vodka re-distilled from 96% ethanol. So this was a good call. After all distilling to 96% in a bog isn’t very traditional, but then I guess neither is 94.7%.

So Irish poteen is no longer a flavoured vodka… oh… except when it is. Because poteen in production since 1997 and distilled at a strength above 94.7% is still permitted. Beacuse after 18 years those producers had a reasonable expection that they would be allowed to continue, and no doubt the fear of a legal challenge to the Technical File brought folk out in a sweat and we have our first fudge.

2. Why Irish poteen isn’t Irish whiskey even though historically they were the same.

So what do you do when you have to define what is effectively a first cousin of modern Irish whiskey, but your definition has to insure that it can never be mistaken for modern Irish whiskey. Well you get a Technical File that’s the linguistic equivalent of sawing a lady in half.

You see the problem is this: the Technical File isn’t so much about what Irish poteen is, but rather what it isn’t. And what it isn’t is Irish Whiskey. So the multi-nationals who control same industry and the Department of Agriculture who live in fear of them, both had to insure that someone whose brains had been sucked out by an alien couldn’t mistake an Irish poteen for an Irish whiskey.

So Irish poteen can now be made from cereals, sugar beet molasses and potatoes. Even though ‘traditionally’ poteen was never made from potatoes, but what the hell – it’s just another reason why poteen can never be whiskey,  so let’s stick it in.

The collective ‘this is not whiskey’ madness comes to a head though when it comes to sticking poteen in a round wooden thing for a short spell of time. You see for legal reasons I can’t use the work ‘cask’, ‘barrel’ or ‘mature’ in the same sentence as ‘Irish Poteen’. So poteen can’t be aged, it can only be ‘stored/held’. There is also ban on poteen using any or all romantic words, than might be used to flog three year and a day old Irish grain whiskey to a supermarket.

But that’s not all. Irish poteen can’t be aged for more than 10 weeks and any aged spirit has to be made from a mix of grain and either spuds or sugar.  That is very wise because you just never know when a worm hole in the time space continuum will open up, swallow a round wooden thing full of poteen, spin it a decade forward in time, when it could be sold as Irish Whiskey to a freshly brainless victim of some random alien assault. And just in case said cavity-head still can’t tell Irish Poteen from Irish Whiskey, in say the same way gin buyers are forever mistakenly buying vodka – the mix of ingredients that made up the poteen, the fact that it was held in a round wooden thing and the duration of said detention can only BE PUT ON THE BACK LABEL. Because of course that’s where whisky producers put all their random nonsense.

So in writing the Technical File for Irish Poteen, we had the rare chance to carve out a new spirit category, one with more heritage and history than a load of museums in a library smoothie. And what did we do? We fucked it up. There was no leadership here, no vision, no dream of what might be. Instead we got a grubby, protectionist, reactionary compromise. We took something with real potential and let box ticking politicians, cronyism and vested interests screw it up.

So what’s new you ask? Indeed, maybe that is why poteen is the true spirit of Ireland.