Free Delivery on orders over €60 - ROI Only

The distillery takes its name from the nearby Blackwater River.

Its Irish name is ‘An Abhainn Mhor’ which means ‘The Big River’. And big it certainly is. Sometimes referred to as the Munster Blackwater, it rises on the Cork, Kerry border and flows due east into Waterford, flowing past the distillery in Ballyduff. It makes an abrupt right turn at Cappoquin, is joined by its tributary river, the Bride, and flows into the sea at Youghal.

It is the historic connection between Waterford and more exotic climes that inspires our gins.

Today the Blackwater is famous the world over as a salmon river, but for hundreds of years its deep dark waters made it a perfect artery of commerce. From Sir Walter Raleigh with his potato and tobacco, to the current Duke of Devonshire in Lismore Castle, this part of Ireland has long traded with the farthest corners of the globe.

In Victorian times, White’s of Waterford was the largest spice importer in the country, and they grew wealthy shipping everything from sugar to cinnamon into the region. Also the first steamboat in Ireland was on the Blackwater, as were the last sailing schooners to travel the coastal waters between Ireland and Britain. 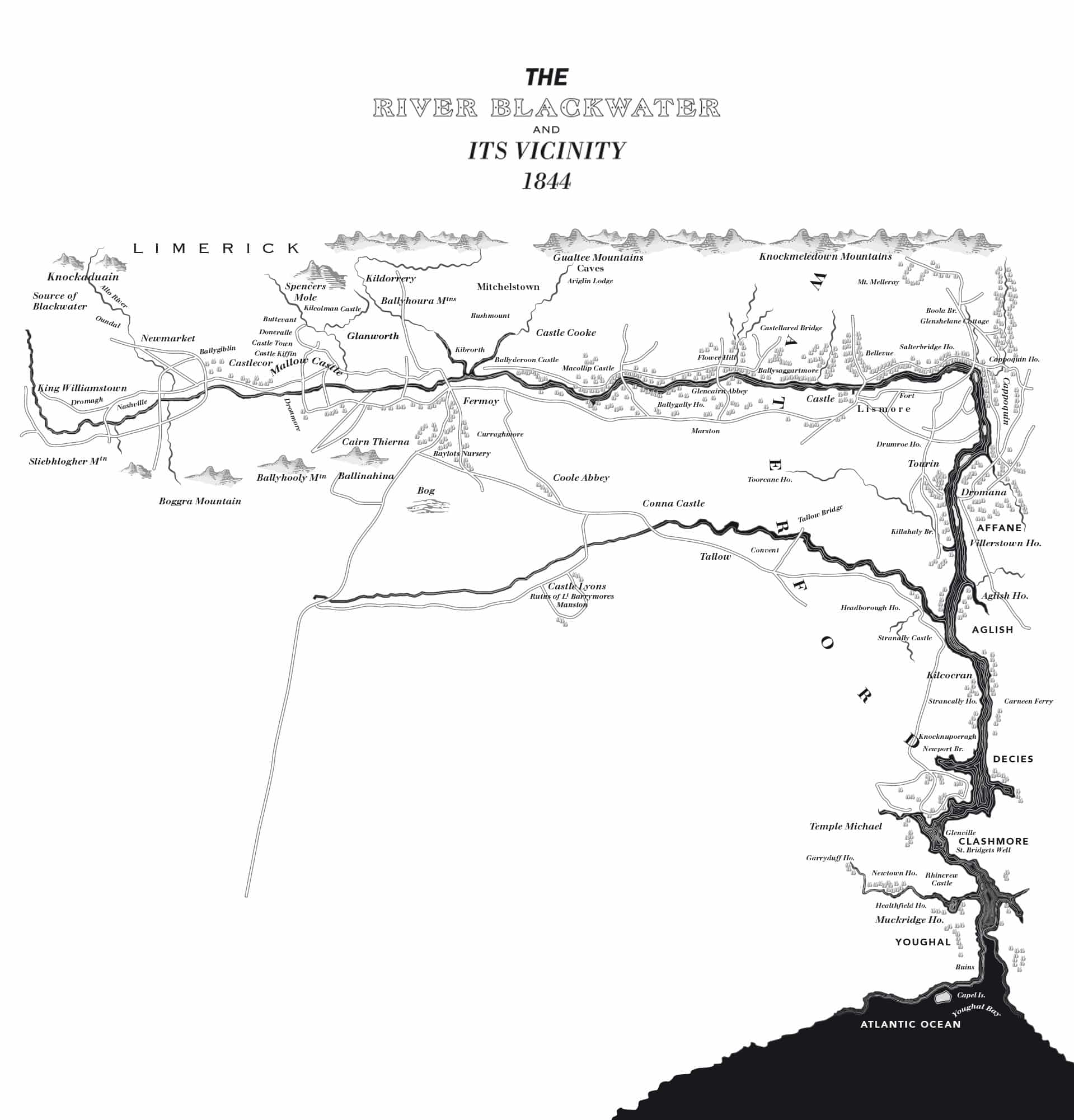