What are Words Worth? - Blackwater Distillery
Skip to content

Words are interesting things. Their power lies in their ability to impart so much more than information.

Nowadays you can no longer go to The Point in Dublin, it’s The 3 Arena or who ever has just paid for the naming rights. So words have a value, they are a commodity to be bought and sold.

Likewise words can be comandeered. As multi-national drink companies respond to the growth in independent brewing and distilling, so they appropriate words like ‘small batch’, ‘craft’, ‘artisan’ and abuse them until they are devoid of any real meaning. Is it any wonder terms like ‘Irish Whiskey’ need to be legally defined. 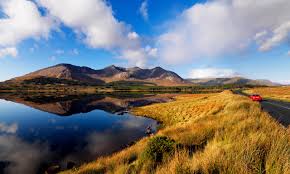 Placenames are a good example of emotional attachment. A good place name is an evocative touchstone that brings with it the weight of history, geography and touchy feelyness. There is a reason we named this company after the Blackwater river. Likewise Connemara and Glendalough both conjour up images that are worth so much more than a bundle of letters. That’s why for decades the Scottish Whisky Association fought anyone outside Scotland trying to trademark a place name containing the word Glen.

EU food & drink laws state that you can not mislead consumers to a material degree on ‘place of provenance’ yet at the same time a trademark on a place name can exist. So Cooley own Connemara which means that whiskey can be made in Co Louth which is no where near Connemara. Likewise beer distribution company Cremin & Radley own the trademark to Kenmare, so their beer can be made anywhere they like. In these two cases the trademark applies to their direct NICE cagegories 32 for beer and 33 for spirits. It’s important because after the recent Pana Lager scandal (see below) when ‘place of provenance’ collides with trademark law, the latter trumps provenance every time. 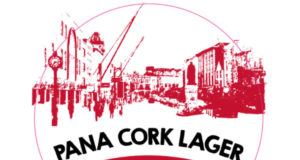 So in a way this morning’s news that the word Slane has been trade marked in the EU by multinational drinks company Jack Daniels in no big surprise. What is interesting is that according to the Irish Times the drinks giant can now prevent anyone using the word “in any alcoholic drink brands, or merchandise such as sports bags, mugs, hats, golf balls, umbrellas, key rings or sweatshirts.” It’s one thing to protect a trademark, its quite another to effectively appropriate the word by registering categories other than NICE 33.

The Irish Times piece conculdes by saying “a request for a comment from Slane Castle Irish Whiskey met with no response.” No doubt Mr Daniels has got off his rocking chair and is currently chewing up the dictionary. When C&C were rumbled passing off a Tipperary lager as a ‘Pana’ a Cork lager they responded by denying their “low-volume, high-quality draught products” were mis-sold adding the beer was “hand batch brewed” in a small brewery at C&C’s manufacturing site in Clonmel. The irony of course is that those key words are worthless. There in no definition of “low-volume” or “high-quality” or “small brewery” as for “hand batch brewed” when you work out what that is let me know. So words have an other use, they give you something to hide behind. In the old days this was called lying, now it’s just another point of view and in the echo chamber that is Google, empty words will rattle around for eternity.

In this battle as in any other, it would appear the first casualty is truth.