This week saw the launch of That Boutique-y Gin Company, with an initial offering of 11 special edition one-off gins. Back in the autumn when we got the call to contribute, not only were we thrilled, but there was just one creation on our mind: our Irish Monastic Gin. 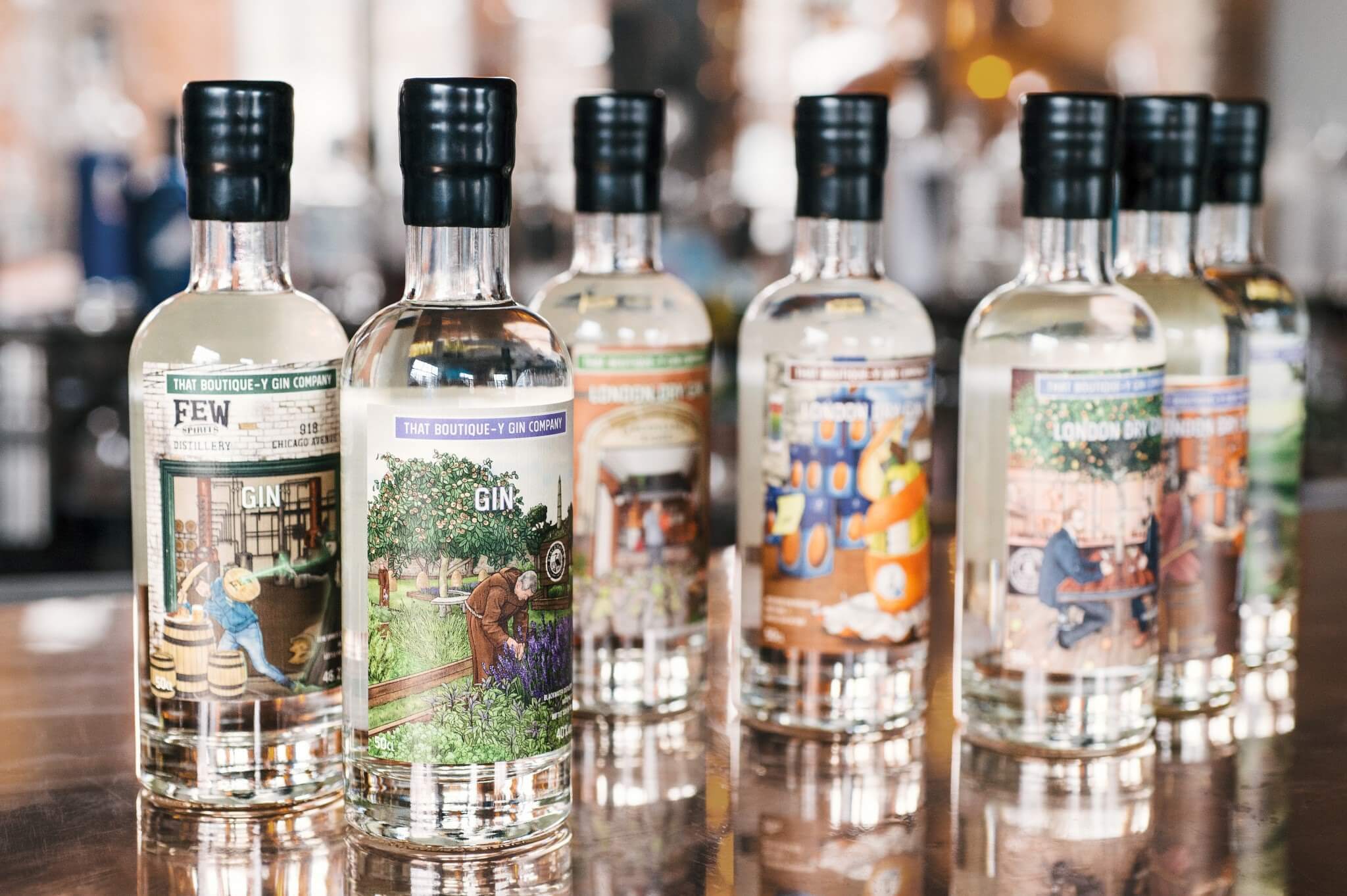 Let’s go back in time. All the way back to the 12th century. Ireland had a well-established monastic community that spread from the unforgiving Skelligs to leafy Kilkenny where there was a vineyard. There were also gardens and orchards. We also know the monks knew how to brew and distil; which got me thinking. What kind of gin might they have made?
There was plenty of native juniper in the hills, so that was easy. We also know there is a heritage of using juniper in illegal poteen making from the 17th century onwards.
Citrus? Even during the medieval warm period it’s doubtful there would have been many oranges in Ireland. So monks would have had to distil what they grew, fragrant quince and spicy medlar might well have been on the list of botanicals.
Roots? Yup we know angelica and dandelion are native.
Fuit n’ Flowers? The open woodlands were (and are) full of wild roses and elderflower. While collecting juniper berries, monks might also have collected heather, as both like wild acidic soil.
Spices? We know that woody spices were openly traded along routes that stretched as far as India and China. So let’s say cinnamon bark was available but in small quantities.

Now as luck would have it, some seven years ago we started a monastic gardens here at Blackwater Towers. By November 2016 the medlars and quince were ripening and in the hedgerows, rose hips were plump and red.
The first trial distillation was a moderate success. Medlar and quince are delicate things and we just weren’t getting enough flavour across. For the second larger run we more than doubled the fruit, and increased the floral elements, so more heather and elderflower.

We then combined both batches and left them sit in earthenware containers for a month. In that time the spirit came together. The heather notes which had been overly grassy receded, while the quince, medar and rosehip fused to give a lovely fruity buzz, similar enough to citrus.
So that’s the story of our Boutique-y Gin Company monastic contribution; a millennium in the making. And you can buy it, or any of the the other fine gins here. Enjoy!