So you want to set up a distillery: Part 3
Skip to content

The most valuable thing in your distillery won’t be the still. It won’t even be the spirit you make. It will be as intangible as the wind and more valuable than gold. But it’s something that all too often those starting a distillery leave too late. I am talking about ‘brand’, about your Trade Mark.

Think about it. When our pals at William Grant bought Tullamore Dew from the C&C Group, what did they get for their €300 million? Did they get a distillery? No. They had to spend another €30 million on that. They got the name. Oh, and Irish Mist, an old person’s drink in a dead-end category which they promptly swapped for some Match Attax trading cards. 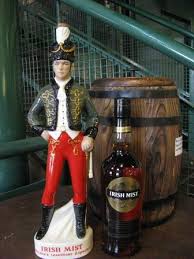 Trust me. This is important stuff.

Just this week we had a call from a lovely bunch of people we are helping with their distillery plans. They waiting until their logo was ready before registering their mark. In the mean time they have been active on social media. Last week they got a letter from the Patents Office rejecting their application, as someone had applied for the mark they were using just prior to them. Ouch!

Secondly we worked with RadikAle on a beer flavoured with our botanicals. While at the RDS Craft Beer Festival Alain had a cease & desist notice from the owner of the Curious Brew mark. Luckily only 600 litres had been made and the beer was quickly renamed Radical Brew.

The market is getting busier and Trade Marks more valuable. What’s more a mark can now be registered anywhere in the EU, while Curious Brew is not an Irish mark, it is English. So until Nigel Farage makes PM you need to bear that in mind.

You also need to bear in mind that some marks are easier to hold than others. Geographic marks for example can be hard to defend, after all you can’t Trade Mark ‘Dublin’ or even ‘Tullamore’ as our aforementioned pals at William Grant found out this week. They tried to stop a micro-brewery registering Lynch’s Tullamore Brew – even though beer and whiskey are in different Trade Mark categories. It’s one thing to defend your property, but nothing brings out the bully boy in a multi-national like a nice Trade Mark dispute. But let’s not forget that there was a time when Dublin boasted two distilleries bearing the Jameson name. John Jameson and William Jameson – at the time it didn’t seem to confuse anyone, I can only guess we’ve all got more stupid over time. I’d say the chances of anyone called Jameson putting their name to a micro-distillery, would be the same as their chance of winning Euro Millions while skating around Central Park in the nude.

Now when your shiny still comes you won’t get our your Reader’s Digest book of Home Wiring & Plumbing, you will I hope hire professional plumbers and sparks. Please remember it is just as important to hire professional advice to select and protect your mark.

If you want to know more about the hands on bits of distilling, we are hosting our second Gin Distilling Workshop on Saturday October 24th. Find our more here.