I promised myself that I would do this blogging stuff on a more regular basis.

‘There’ll be so much amazing stuff happening’ I told myself, ‘that there’ll be crate loads to scribble down!’

Yes I do talk like that. And as for the crate loads of stuff, well I wasn’t wrong. But all that ‘stuff’ eats time, so all that’s left for me are ‘distillery noodles’ and black coffee. 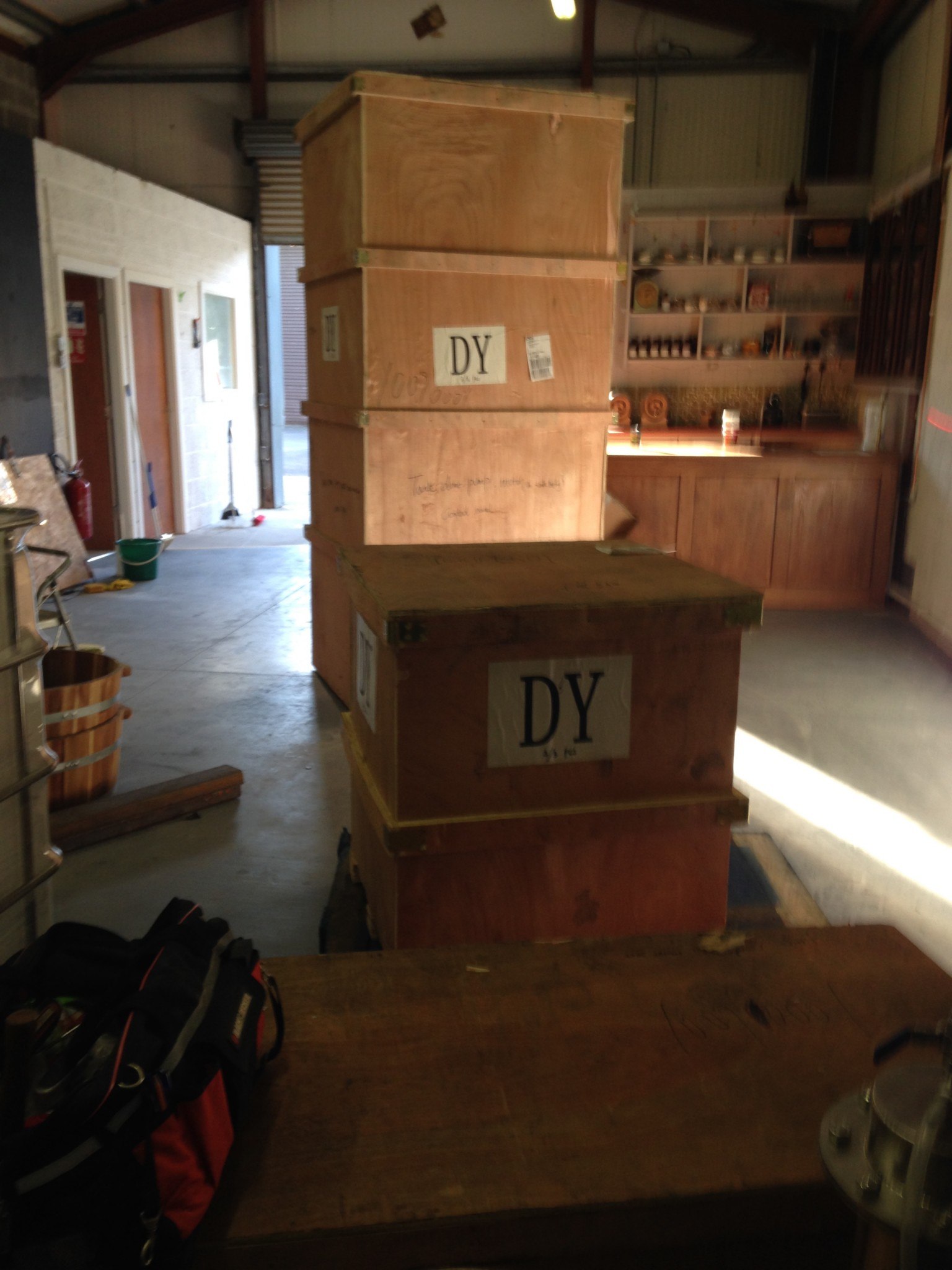 As you can see ‘stuff’ has been arriving by the sleigh load and it’s all go to be unpacked. Then the fun starts juggling carpenters, plumbers and electricians (yes I actually can keep three in the air at any one time). 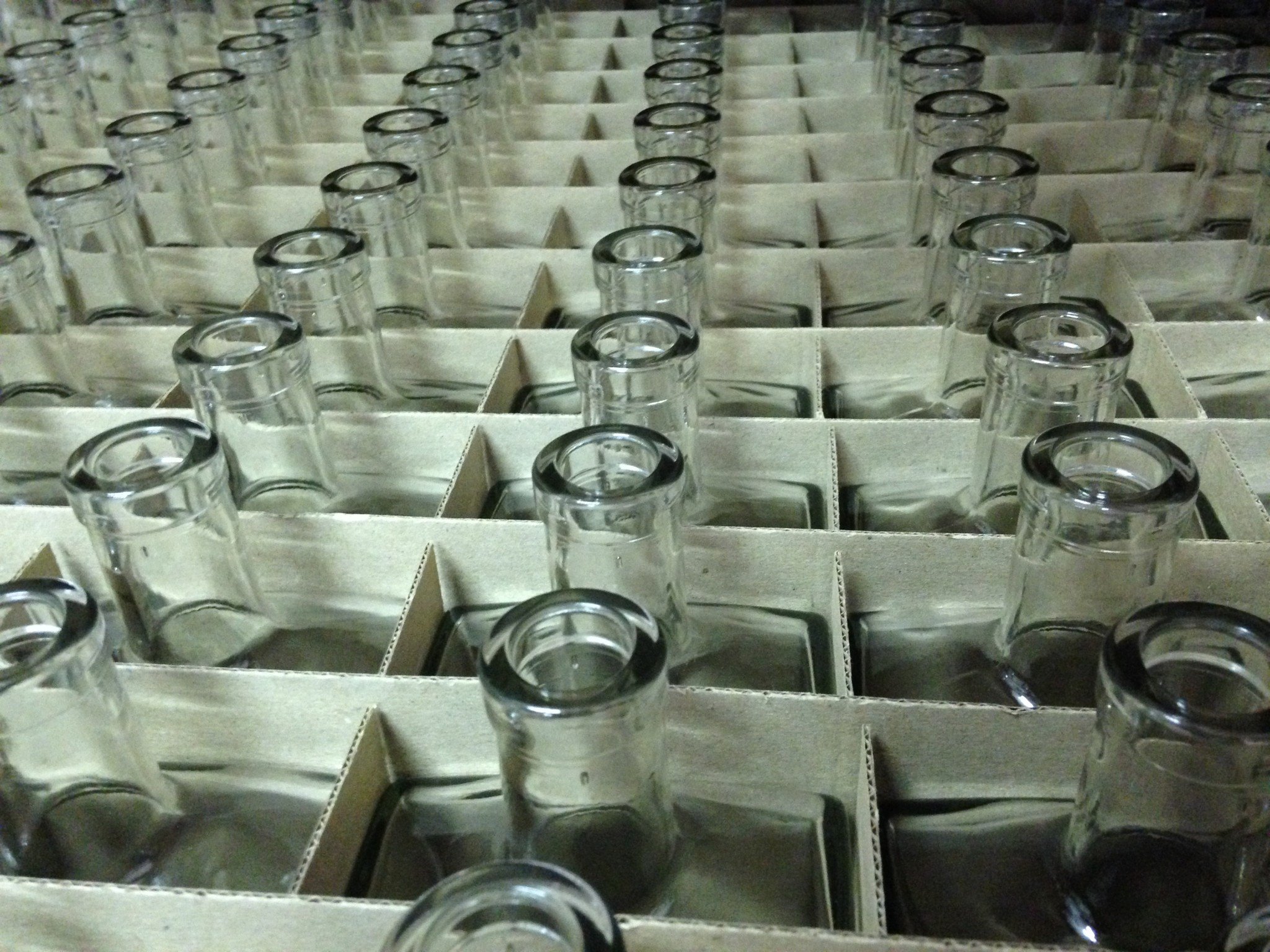 But we’ve got just about everything in the distillery now, from IBC’s to bottles, from botanicals to alcohol metres. Those then are the ‘known knowns’, but of far more fun are the ‘unknown knowns’; like why we measure in litres, while pipes are still made in Imperial? Why Irish Water want to pre-approve any rain water recycling tanks? And why is a bond so complicated? A Bond? Oh yes, my best new pal.

A bond is just one of the guarantees Revenue insist we have in case I decide to bugger off to Cuba with 1,000 litres of gin in my carry on luggage. It’s basically an insurance policy and it’s a piece of paper. Yup, in this digital age we are talking about a piece of paper and it has to travel around the country in an envelope. So far our bond has gone from Cork City to Lismore Co Waterford, from Lismore Co Waterford it went back to Cork City, from there on to Dublin (where I hope it is about now). Next it travels back to Cork City, then on to Waterford City, then on to Nenagh in Co Tipperary (which we all know is a long way to go) and after that I get a bit lost, but it goes somewhere else. Either way it’s something like a board game designed by Victorians to give postal workers a good week of work. So until that bond gets where ever it is going, we don’t get an eight digit number and until we get that we’re not a designated tax-warehouse. In other words we are good to go… except we are not. So thank you for your patience, when our bond lands on ‘Go’ we will get our SEED number at which point we have our Get out of Jail Card. We will then quickly pass ‘Go’ again, build a hotel, install a distillery and start making gin. 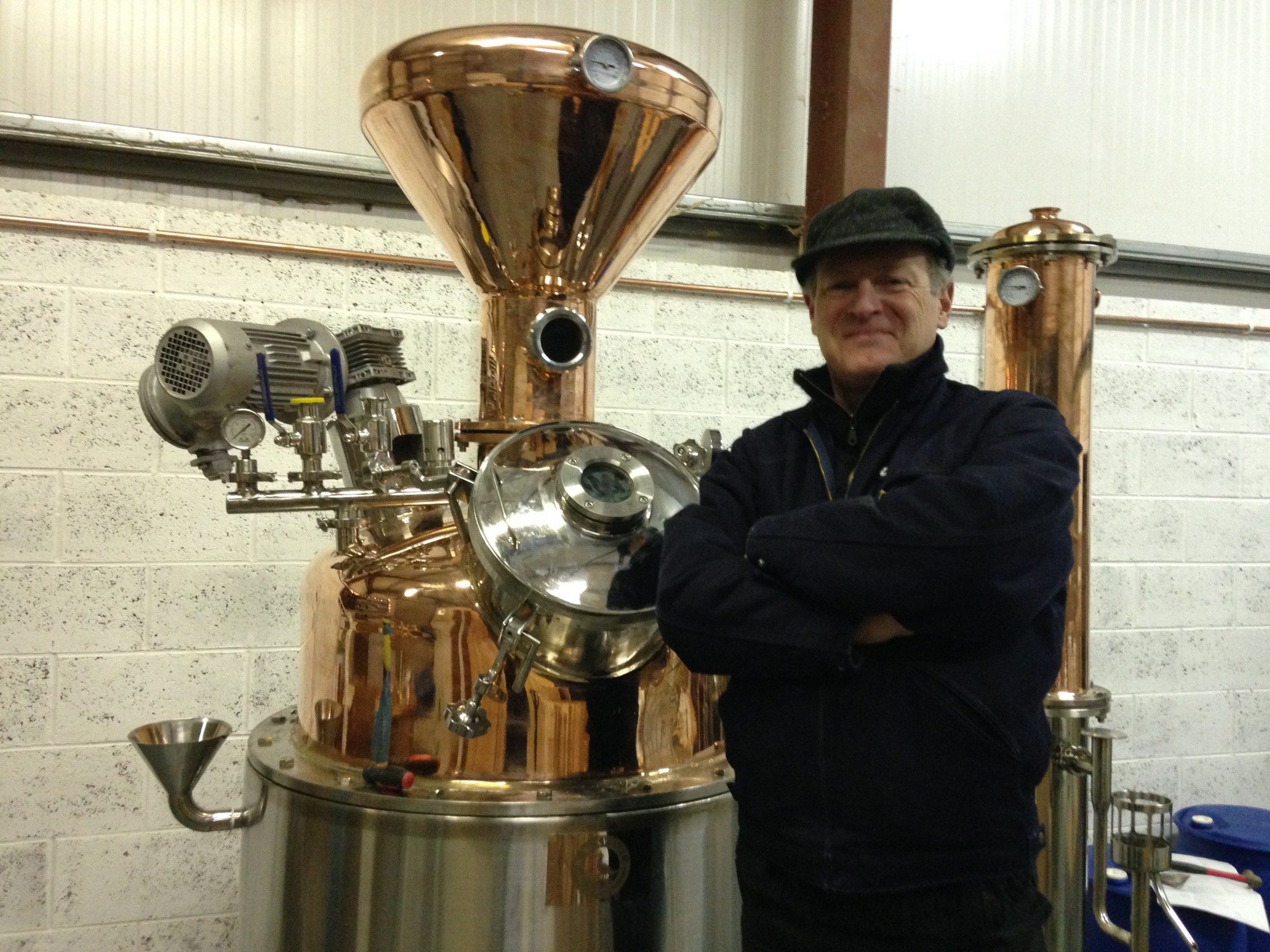 Let’s talk again in a week. By then the pipe that connects the still to the condenser will have been fitted 🙂