Greeting from Scotland, where we’ve spent a week in the company of some very generous people. I’m talking about the new breed of whisky micro-distillers who over the past few years have opened for business. One of the first of this new breed is Strathearn.

Based just outside Perth, Strathearn was the brain child of Tony Reeman-Clark and shortly before Christmas he bottled the first batch of three year old malt whisky which sold at action. This distillery is lean, mostly manual and about as close to the concept of a ‘farm’ operation as you’re going to get. As Tony had been forthcoming with free advice when we were setting up Blackwater Distillery, he was top of my ‘people to annoy’ list as we get ready to distil our own whisky.

By the time we arrived resident distiller Liam Pennycook had already humped close to half a tonne of malt up to the grain hopper, so we helped split the bags and loaded up. The first note in my book was to place our Hot Liquor Tank up high, on the same level as the hopper. I hadn’t thought of this, but gravity is free so why not use it. Note two was to insure our lauter tank comes with a mixing paddle, there isn’t one at Strathearn and stirring 1600 litres of barley porridge is tough work. 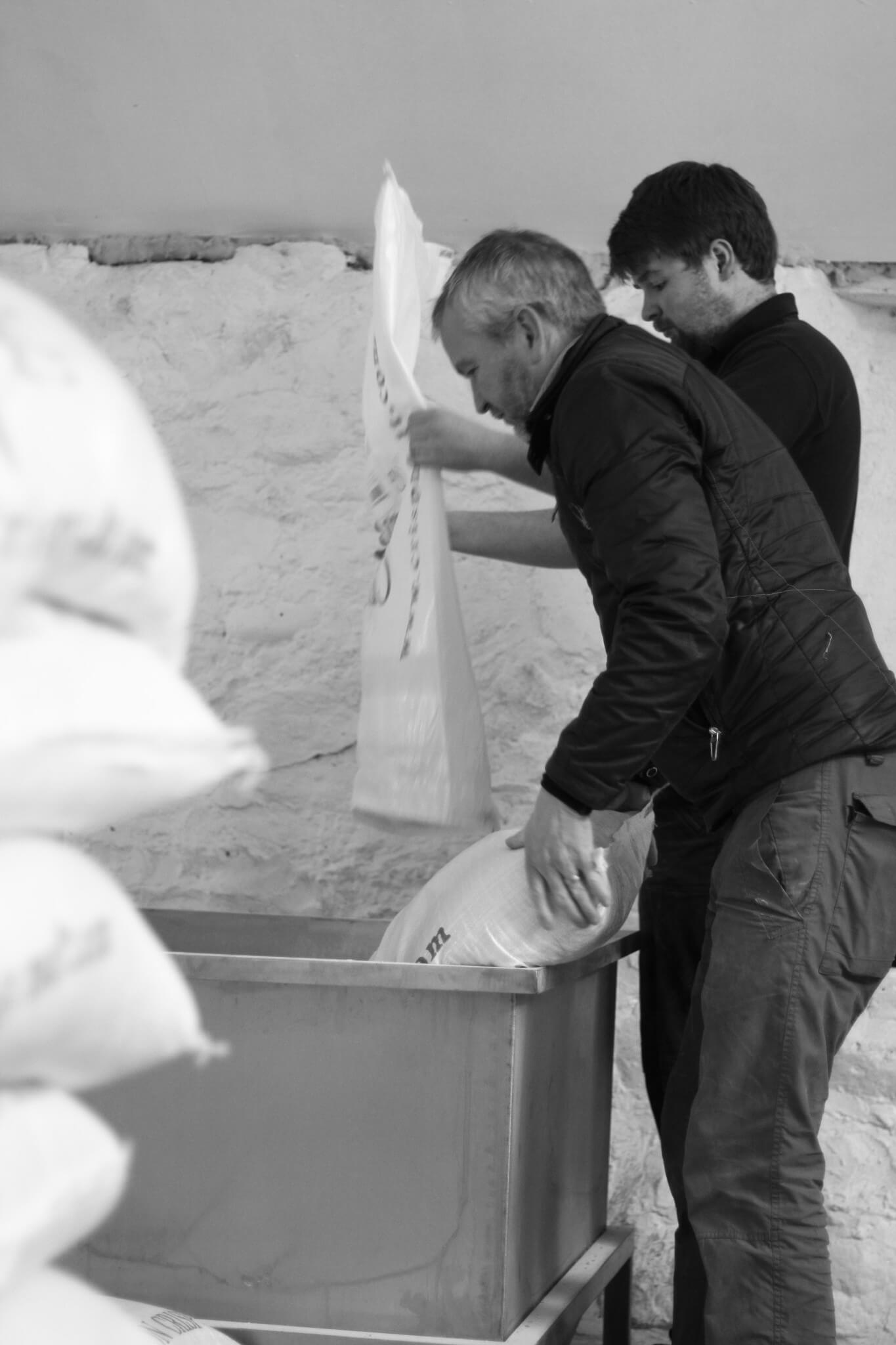 Liam was open about their mashing temperature (target 64 degrees), their rest time (ninety minutes), and their coffee (Starbucks pods). We discussed the pros and cons of their underback (could be taller) and the joys of universal hose fittings that aren’t universal.

As the fermenter filled, the small distillery steamed up with the malty, sweet and clean scent of their barley of choice: maris otter. This was unpeated malt, unusual for Scotland, but it makes up the vast majority of the whisky distilled here. As the day went on, so the note book filled. Having lived with their equipment now for close to three years, we were learning from Strathern’s mistakes, which will leave us free to make a whole load of new mistakes.

As the sun set and the sky darkened, we pitched the cloudy froth of yeast, switched on the coolers then climbed into the washback. As I said this is a manual operation, so there was a little matter of a quarter ton of now wet grain to shift.

Strathearn ferment their wash for four or five days, so we’d never get to distil the wort we helped make. But like any good kids TV presenter, Tony pulled out a wort he’d made earlier out of his back pocket and at 8am the next morning we’d be back to fire up the stills.