This week saw the publication of The Craft Drinks Bill 2016, which is pretty good news. The fact that the laws governing brewing and distilling in Ireland are not fit for purpose is something I have previously blogged about.

So of course we welcome The Intoxicating Liquor (Breweries and Distilleries) Bill 2016, as it allows brewers, cider makers and distillers to sell what they make, where they make it. Now while an additional income stream is of course welcome, that isn’t the main reason this bill marks a major policy shift.

Enshrined in Irish law is the notion that brewers and distillers, brew and distil. That’s it. A company holding a licence to brew or distil is forbidden from selling retail. And there lies the rub, the fault line running through the industry. It is one of the lesser known factors that contributed to the collapse in Irish brewing, distilling and cider industries. 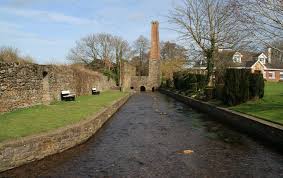 Up until the late 1960’s for example, Jameson and Guinness would simply produce liquid. Sometimes distillers wouldn’t even mature their whiskey, they would let bars or agents bottle under ‘bond’, thus we had a whole ‘bonder’ trade. So wine merchants like Mitchell’s of Dublin put new make Jameson into freshly emptied casks of sherry or port and thus as born Green Spot, or Red Spot. Gilbey’s did pretty much the same thing and ended up with Redbreast. 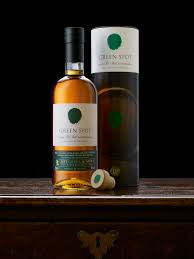 So these brands were created by the bonders in response to a demand from the end consumer. Think about it, historically all Irish brands are the creation of bonders, there’s the above mentioned and more like Millar’s, Egan’s Kinahan, Hewitt’s and JJ Corry’s. 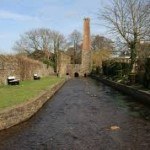 So historically in Ireland distilleries never engaged in brand building, the IP or intellectual property was owned by third parties. This put the distiller one step removed from the public they served, and this was one of the reasons distillers never saw the market changing until it was too late. So distillery after distillery closed until shaken to its very core the Irish whiskey industry was reduced to one company, Irish Distillers – while Guinness swallowed the brewing industry whole.

History has a way of repeating itself. In a global market place native Irish distillers, brewers and cider makers can no longer produce into a vacuum. Selling is now a two-way street. To survive we have to solve problems for customers, to find out what those problems are we have to sell and engage with the end consumer, something that is currently expressly forbidden.

If we don’t want the native industry to implode in five years time, we need to change the way we do business. With no duty rebate (which brewers get), to survive small distilleries need to maximise on per bottle return, engage directly with the end consumer and be able to respond quickly to answer their needs and wants.

The bill has been proposed by an opposition TD, so to get it across the line, pass the vintners and the multi-national controlled Irish Whiskey Association and the Nanny Staters, we need to lobby. To put it bluntly, unless we want brewing and distilling industries controlled entirely by multi-nationals, we need to get this bill turned into law.