First of all welcome and as any electorate get what they vote for, like it or not you are a fair reflection of what we want.

Now I know there’s loads of stuff to sort like the Health Service, the Economy and how to submit your expenses, but when all that is done maybe you’ll have a look at something. It’s only a small something, but to us it’s rather a rather big something.

You see the problem with government policy on brewing and distilling to date, is that there hasn’t been any. There’s been random but welcome duty breaks for brewers and they are flourishing, but the same breaks are not offered cider makers or distillers. But that’s not what I am here to talk about, oh no – this is far more Oirish. 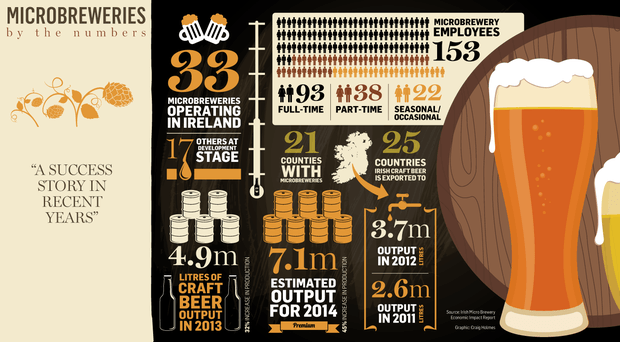 You see historically brewers and distillers in Ireland did just that, they brewed and distilled, then sold their spirit wholesale and left the retail up to someone else. So legislation of the time reflected that business model. Now Queen Victoria is a long time dead, and the British a long time gone but legislation passed during the Empire Years still shapes the way we operated every day. To say the law is an ass is an insult to donkeys everywhere.

Let me give you just one example.

With our 21th century licence to distill, we get a licence to wholesale – all this framed by legislation from a time before women had the vote. It should also be noted that the emergency exits are here, here and here and selling without a correct licence will have the Gardai knocking on your door quoting the ‘Intoxicating Liquor Act 1924’.

Now as a politician you will know that tourism is the new big thing, and whiskey/beer tourism is earmarked for growth. But (and here’s the Orish bit) right about now, most every micro-brewery (and distillery) in the land is breaking the law. You see if the brewer/distiller doesn’t have a pub licence (and most don’t) they can’t sell beer. So they offer a tour with a ‘free sample’ –  and of course they charge for that tour, well that can be constituted as a sale of alcohol.

Looking for a solution I scratch my head and buy a scratch card. Wowzers! I win €60,000 and decide that even thought I don’t want to open a pub, I will buy a pub licence. But a distillery is not allowed to hold a retailers licence. So I then need to set up a totally new company to hold that pub licence and get a separate lease for the bar area – and all this to give away that ‘free sample’.

Not surprisingly only the multi-nationals do that. And as I said earlier while pointing out the emergency exits, selling alcohol without a licence is a serious offence. Yet it happens each and every day right across the State and do you know what, you let that happen.

You let it happen by your ‘look the other way’ indifference.

You let it happen by turning up for a photo op, then turning your back.

You let it happen by your ability to ignore some laws and not others.

So to be totally clear – if someone wants to give a ‘free sample’ of beer, or gin to someone paying for a tour they they have to buy a pub licence.

Now you know. It’s written down. You can’t say you didn’t know. So please, either close us all down or do something about it.

Like what? Along with our licence to brew/distill comes a licence allowing us to sell what we make, where we make it. Simple. Restrict the hours, encourage enterprise and help us attract tourists – after all the appeal of a dry brewery or a dry distillery is at best minimal.